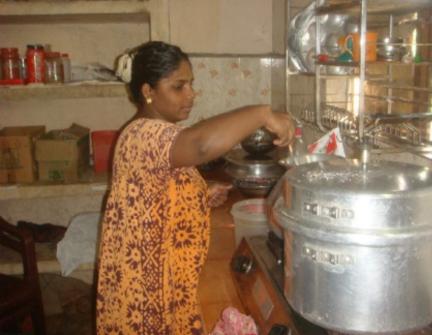 SAKHI (Crisis Intervention Center and Shelter for Victims of Domestic Violence), is an initiative of the Cultural Academy for Peace in Kerala, India. The center aims to lend a helping hand to women and children who face harassment, torture, suicide, and sexual and domestic abuse on a daily basis. The emergency drop provides counseling, care, and protection for these women 24/7.

Recent studies have shown a 50% increase in the incidents of violence against Kerala women. Domestic violence rose to 55%, psychological abuse to 61%, and physical assault and abuses to 62%. Indian society is no longer safe for these women and children.

The Crisis Intervention Center functions more effectively, and therefore requires, vehicles for cases of emergency. Most of the victims are trapped in unsafe situations such as, human trafficking or sexual and domestic violence. The center receives requests from either the community or the police department to pick up stranded individuals from all over the town. Often women call the center in order to be rescued from their own homes. In some cases, rescued pregnant women require immediate medical attention and need to be transported to hospitals or other service centers.

The residents of the shelter consist mostly of mentally, emotionally, and physically ill women. SAKHI provides occupational therapy and training programs in driving and handicrafts, for the empowerment and sustainability of these women. The addition of vehicles to the shelter serves as a source of income to those women who do learn to drive, and therefore become self-dependent, income-earning auto-rickshaw drivers in the community.